The Green Wave tells the true story of Louis Mulkey, a Charleston firefighter, basketball coach and substitute teacher at a local high school, who passes away in a massive fire, while on duty. His underdog team continues playing on without their coach, trying to win the 2008 State Championship title in his honor.

Screen Media has acquired “The Green Wave,” a sports documentary that tells the incredible story of one coach’s impact on a high school basketball team. “The Green Wave” will premiere exclusively on Crackle Plus.
The film was directed by Emmy award-winning Guido Verweyen (“After the Fire,” “Dance Moms”) and made its way around the festival circuit, winning the best documentary prize at the Los Angeles International Film Festival. “The Green Wave” tells the comeback story of the Summerville High School basketball team. Despite their underdog status, the team was determined to win the 2008 State Championship after their coach Louis Mulkey, a dedicated firefighter, died in a catastrophic fire. Mulkey’s legacy as a coach, substitute teacher and role model continues to reverberate today in success stories including AJ Green, who became an NFL star, and other former players who continue making waves as coaches, fathers and successful businessmen.
“It has been a true privilege to portray this extraordinary person who has been such an inspiration to so many people during his lifetime and beyond, overcoming tragedy and discrimination. May his story inspire the audience to find hope and courage in these troubled times,” said Verweyen.
Written and directed by Verweyen, “The Green Wave” was executive produced by Alois Rostek, co-produced by Christian Beutel and edited by Carla Roda.
“Screen Media and Crackle Plus are dedicated to highlighting inspirational true-to-life stories, and we believe that ‘The Green Wave’ is a great representation of this ethos,” said Brendan Murray, digital acquisitions manager at Screen Media. “We can’t wait for our viewers to be moved by the award-winning story of Louis Mulkey and the Summerville High School basketball team.”
The deal was negotiated by Murray on behalf of Screen Media with Christian Beutel on behalf of Rosco Polska Company and Cosmic Pictures LLC. Screen Media’s recent releases include the acclaimed war drama “The Outpost,” the John Boyega crime thriller “Naked Singularity,” and Nicolas Cage’s cult favorite “Willy’s Wonderland.” Crackle recently premiered the six-episode docuseries Promiseland, chronicling the rise of Memphis Grizzlies star and reigning NBA Rookie of the Year Ja Morant. 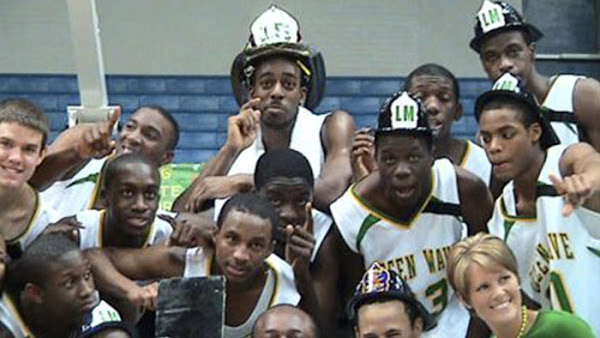