An investigation into the issue of homegrown Islamic terrorism: actions planned or perpetrated by American citizens or legal US residents.

“Homegrown,” Greg Barker’s new documentary on jihadist terrorism in the United States, beginning on HBO on Monday night, is a thoughtful, multidimensional exploration of a subject that often provokes hysteria.
Carefully constructed and often quite moving, it is a timely antidote to the posturing that has passed for discussion of terrorism in the presidential primary campaign. It introduces rounded, surprising characters both from Muslim families who have seen relatives imprisoned for carrying out or contemplating violence, and from the ranks of the counterterrorism professionals who pursued the cases.
Mr. Barker makes some shrewd choices. While including passing references to many cases between the 9/11 attacks and the December killings in San Bernardino, Calif., he focuses much of the film on two cases.
One is famous: the 2009 Fort Hood shootings in Texas, in which Maj. Nidal Hasan, an Army psychiatrist, killed 13 people. The film includes fascinating footage of a uniformed Major Hasan, two years before his shooting spree, lecturing colleagues at Walter Reed Army Medical Center about the particular pressures on Muslims in the United States military. And it introduces Nader Hasan, a cousin, whose condemnation of his relative’s crime is unsparing.
The other case will be unfamiliar to most viewers. It is, however, arguably more representative of the bulk of counterterrorism efforts by the United States since 2001, in which young men under the spell of jihadist ideology are monitored and arrested before they commit violence.
It involves Ehsanul Sadequee, 19, an American born to a Bangladeshi immigrant family, who in 2006 was charged along with another young man from the Atlanta area and eventually sentenced to 17 years in prison for material support of terrorism.
Mr. Sadequee talked extensively online and elsewhere about violent jihad, but the key evidence against him was shaky video of Washington monuments and government buildings that he and his co-defendant recorded and that prosecutors described as surveillance video for a potential bombing.
His story, viewed from multiple angles, becomes the film’s centerpiece. Philip Mudd, a veteran C.I.A. and F.B.I. counterterrorism official, does not apologize for the arrest of Mr. Sadequee, who, he credibly argues, showed all the signs of a man pondering violence. But he also describes with disarming honesty his ambivalence about the work he did.
“When you look at this kind of material, you cannot let this proceed,” Mr. Mudd says. “But at the same time, this is someone who is 18 years old.” Surreptitiously following the teenager’s deepening involvement in a jihadist network, he said, “You almost want to pick up the phone and say, ‘Son, don’t do this!’”
Equally compelling is Mr. Sadequee’s older sister and most prominent defender, Sonali. She narrates the story, illustrated with photos and home movies, of Ehsanul’s American childhood, which was utterly conventional until he spent two years at an Islamic boarding school.
One might assume that Ehsanul’s jihadism had roots in his family. But in a typically artful moment in a subtle film, Sonali is shown briefly marching at a gay pride parade. No narrator has to point out the obvious: This is hardly the behavior of someone who sympathizes with the homophobic stance of hard-line religious conservatives, let alone jihadists.
The family expresses outrage about Mr. Sadequee’s more than three years in solitary confinement awaiting trial, when, his relatives believe, he came close to losing his mind. Mr. Mudd counters that families like the Sadequees “should thank us” for preventing mass murder by their loved ones. Both are reasonable points, and the opposing stances are expressed poignantly in the film’s surprise conclusion, which makes clear that the family and counterterrorism officials have irreconcilable views of who Mr. Sadequee was and what he might have done.
Mr. Barker’s film is very loosely based on a new book, “United States of Jihad: Investigating America’s Homegrown Terrorists,” by Peter Bergen, who is CNN’s national security analyst. (Full disclosure: Mr. Bergen and I know each other professionally, and he cited my work in his book.) Mr. Barker previously made an HBO documentary, “Manhunt,” about the pursuit of Osama bin Laden, based on another book by Mr. Bergen.
“Homegrown,” far from hyping the threat, deftly points out that the risk from jihadists in the United States is statistically minuscule. Yet it does not understate the potential for or impact of gruesome attacks, fully exploring the excruciating human drama both in the making of a potential terrorist and in the work of those who locked him up. 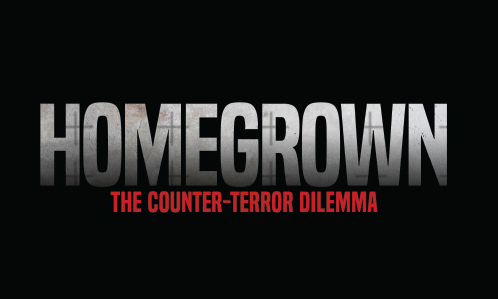