In this documentary, the murder of Deedee Blanchard by her daughter Gypsy Rose is explored, as well as the circumstances leading up to the event.

Some true-crime documentaries have to embellish and overstate to justify giving so much attention to a garden-variety criminal case. Not “Mommy Dead and Dearest,” which has its premiere Monday night on HBO. The strangeness of this killing speaks for itself, and the director, Erin Lee Carr, largely just lets it do so.
The focus is the killing of Dee Dee Blanchard in June 2015 in Springfield, Mo., a case in which Ms. Blanchard’s daughter, Gypsy, and her boyfriend became suspects.
“Things are not always as they appear,” Jim Arnott, the sheriff of Greene County, Mo., says in a film clip seen early in the documentary, and it turns out to be a candidate for understatement of the year.
That Gypsy, who was in her early 20s, would have had a role in killing her mother surprised those who had contact with her because the Gypsy they had seen used a wheelchair and had a diminished, childlike mental capacity. Investigators, though, soon realized that Gypsy could walk and that her myriad medical problems had largely been fictitious.
It was labeled a case of Munchausen by proxy syndrome, in which a caregiver — in this case, Dee Dee Blanchard — invents illnesses for the person being cared for, whether to attract sympathy and financial support or for other, less clear reasons. Dee Dee Blanchard emerged as the villain in the case, having inflicted mental and physical abuse on her daughter to create the phantom medical conditions.
“I was taking medication that she said was cancer medicine,” Gypsy says in one clip. “She would shave my head and say, ‘Well it’s going to fall out anyway, so let’s just keep it nice and neat.’ I just went on blind faith that a mother knows best.”
But there was more. Investigators found that Gypsy had a boyfriend, Nicholas Godejohn, whom she had met online and who is suspected of stabbing Dee Dee to death. The digital chatter between the two suggested that the killing had been not a spontaneous act of liberation, but a planned murder.
The case against Gypsy Blanchard has been adjudicated (no spoilers here); the one against Mr. Godejohn is pending. Ms. Carr (a daughter of David Carr, a reporter and columnist for The New York Times who died in 2015) uses news clips and interviews with family members and participants to tell the story efficiently, though in a few spots more details would have been welcome.
One underexplored question is how Dee Dee Blanchard could have convinced what seems to be a string of medical professionals that Gypsy suffered from so many maladies.
“ ‘Mind-boggling’ is the only way I can put her ability to manipulate people,” says Mike Stanfield, the lawyer who represented Gypsy.
In any case, if you were still luxuriating in the feel-good aura of Mother’s Day, this disturbing film will put an end to that. 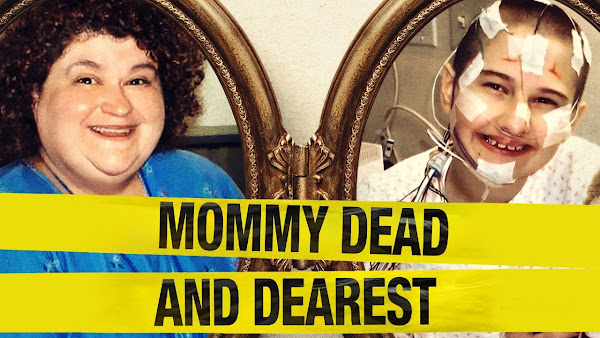