Story of two American serial killers and rapists who kidnapped, raped, tortured, and killed five teenage girls in Southern California over a period of five months in 1979.

Peacock’s newest foray into true crime, The Toolbox Killer, chronicles the gruesome crimes committed by Lawrence Bittaker and Roy Norris in the late 1970s, together dubbed “The Toolbox Killer.”
The duo often used tools found in a typical toolbox to torture and maim their victims before killing them. Los Angeles Deputy Defense Attorney Stephen Kay (who took on Bittaker’s case after overseeing the infamous Charles Manson case) even called them “the most sadistic killers of all time.”
In the first half of the documentary, the foreboding electronic music and gritty shots of 1970s Los Angeles elicit feelings of exciting danger rather than tension and fear. Bouncing between grotesque descriptions of violence and criminologist Laura Brand’s interviews with Bittaker, this documentary leans toward the perspective of the killers over the victims.
We hear Bittaker’s side of the story in detail but only hear from two people close to the victims. It’s entertaining, sure; how could the story of a killer this sadistic be boring? But entertainment value is not enough to separate one true-crime documentary from the next. The Toolbox Killer thankfully sources its intrigue from a previously underexplored perspective, making it a standout in the space.
The 89-minute-long documentary examines what makes Bittaker and Norris sociopaths through never-before-heard interviews. The film evaluates what drove them to such sadistic lengths — mostly through the eyes of Brand. The complicated relationship between the young criminologist and Bittaker is the film’s emotional undercurrent and source of drama, as The Toolbox Killer forces us to confront the fact that killers are still human.
Brand’s story is basically a real-life The Silence of the Lambs — she even compares herself and Bittaker to Clarice and Hannibal Lector, respectively. And it’s clear that her goal, like Clarice's, is to understand the mind of a serial killer. But in doing so, she uncovers a degree of empathy no one was expecting.
If understanding a serial killer’s mindset is the goal of The Toolbox Killer, it triumphs. In alternating interviews, Brand contemplates how much of Bittaker’s behavior is learned, while retired FBI agent Mary Ellen O’Toole asserts that his violent tendencies must come from an explosive combination of violent nature and nurture. Bittaker himself even muses on this when he admits that he didn’t have the type of parents to teach him right and wrong.
Brand ceaselessly digs into Bittaker for answers about his crimes and why he committed them. It’s here that Brand and Bittaker’s relationship takes center stage. She talks to him daily, even offering to call him an uncle to her son. This unusual relationship is what sets The Toolbox Killer apart from other true crime documentaries.
We feel for both victim and killer; we feel for Brand, who, by forming this close relationship with Bittaker, has been able to extract information no one else could. But in doing so, Brand displays a level of sensitivity that is unnerving in its unpredictability and unsettling in its humanity.
How can she empathize with him without falling into the same emotional trap as his victims? As Brand gets close to Bittaker, his crimes become a smaller piece of his perceived identity, which begs viewers to contemplate the ethical consequences of getting too close to serial killers — regardless of how pure-hearted one’s intentions may be.
Is The Toolbox Killer asking us to examine our biases? Brand believes that Bittaker has the ability to change, but O’Toole and Kay believe he’s manipulating her. At the same time, it is Brand who brings a sense of closure to the families of the victims whose bodies were never found.
If only The Toolbox Killer further explored the relationship between Brand and Bittaker, it would be a masterpiece. But less than two hours is not enough time to cover the severity of Bittaker and Norris’s crimes, the unorthodox relationship between psychologist and killer, and the capture and trial of Bittaker.
As a result, The Toolbox Killer can feel disjointed at times. It clearly wants to delve further into Brand and Bittaker’s relationship but is too concerned with hitting all the markers of a stereotypical true crime documentary to take that risk.
Behind the sensationalism of violent crimes, there are human beings on both sides. Serial killers are often described as monsters, but here, homicide and humanity coexist. The black and white categories that safeguard our peace of mind while enjoying true crime stories crumble when confronted with the truth.
By the end of The Toolbox Killer, the horror of Bittaker’s trial becomes the focus. The producers intentionally leave out the audio of a piece of evidence so horrific it caused the court illustrator (and several others) to leave the trial in tears and nausea. And we’re left watching and wondering what it could sound like. We're also afraid of Bittaker, afraid of how close he gets to Brand, and afraid of our own minds for wondering this.
The Toolbox Killer forces us to reconcile our obsession with killers with the visceral pain of lives lost and the fact that a man exists behind the murderer. When we started watching, we thought this would be just another true crime documentary, but in fact, it’s so much deeper. It begs us to empathize with both killer and victim; The Toolbox Killer reminds us of the human element in true crime. 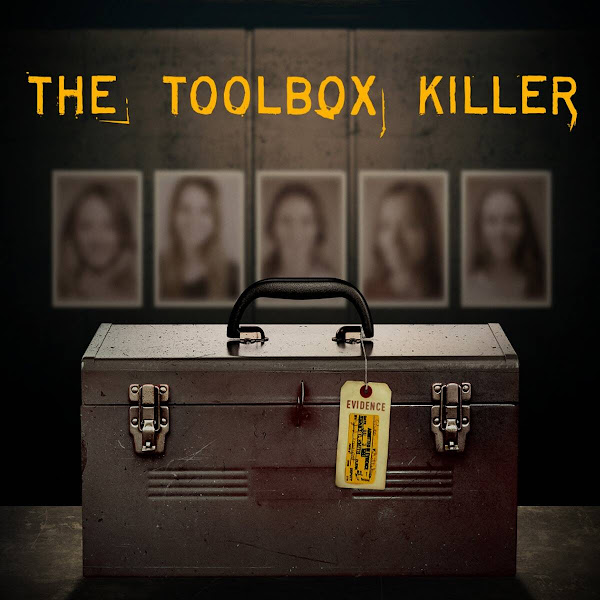