Home » Music » Under the Volcano


Producer George Martin opens AIR Studios Montserrat, a state-of-the-art recording facility on an exotic Caribbean island; in the shadow of an active volcano, the studio attracts some of the biggest musical acts on the planet.

The music documentary “Under the Volcano” is essentially a travelogue — not so much for its setting, the island of Monserrat in the West Indies, although there are luscious drone shots aplenty, as for the trip it takes back to the pop world of the 1980s. The subject is super-producer George Martin’s short-lived AIR Studio on the Caribbean island, a magnet for big stars and even bigger recording budgets back in the boom time of the early MTV era, a time when “welcome to the jungle” meant you should put the record company on the hook for untold amounts of money to go record, as luxuriously as anyone ever has, in an actual jungle.
Newly available on digital and streaming platforms, the doc will be catnip to the class of record nerds who care about which great records came out of which bygone studios… and this one certainly offers better scenery than, say, the Van Nuys-set “Sound City.” But although there’s certainly some amount of tale to be told about what made this facility unique, ultimately its pleasures are anecdotal — now, the making of “Brothers in Arms”; now, “Synchronicity”! — like watching a few episodes of the BBC documentary series “Classic Albums” back to back, but with an overlay of the greenest greens you’ve ever seen.
The opening minutes offer the spoiler that AIR Monserrat had only a limited time span, 1979-89, and now sits as a ghost site on the island with some of the original fixtures still rusting inside the bombed-out looking interior, and the pool where the Police, Duran Duran and Dire Straits once posed in their swimming trunks now half-full with rain water. The implication is that a volcanic explosion brought it all to an end, although what we eventually find out (hope this is not a spoiler) is that it was really a hurricane that killed the studio in ’89, with the eruption that followed a few years later maybe really just being a coup de grace. (The volcanic flow rendered most of the island’s population of 12,000 homeless, although it spared the already abandoned AIR facility, which still stands as a set of ruins.)
In the years following the breakup of the Beatles, Martin had tired of London’s Abbey Road studio, which, despite its fame, was run like a factory, with even its refrigerator locked up at night, as one witness recalls. So he established first his own AIR studio in London and then this one in Monserrat. It was beloved by rockers not just because of the ocean views, the pool and the chance to record at any hour of the day through an extended residential stay, but also, as Stewart Copeland of the Police points out, because it was 12 hours away from the nearest record company headquarters. Not that anyone whose label could afford to book the place was probably looking to do their obscure art project: The studio was the home of some of the glossiest pop smashes of the ’80s, from Elton John’s “I’m Still Standing” to Paul McCartney and Stevie Wonder’s “Ebony and Ivory.”
It was not for everybody. The late Lou Reed is seen in a vintage clip saying, “That wasn’t a good experience for me. Palm trees and the ocean … I need to hear traffic.” Nick Rhodes, the one member of Duran Duran who went on camera for the doc, says it fell to him to stay up all night working in the studio while other members of the band enjoyed being outdoors during the daytime a little too much, and they ultimately had to go back to an urban environment to finish their album. Producer Neil Dorfsman discusses an especially mellow Dire Straits session in which he looked around at the players in shorts and sunblock and realized the tempo had crawled to a pacemaker-ready 40 beats-per-minute. Others flourished in the environment, though, like — who would’ve guessed? — Jimmy Buffett, who named the album he recorded there “Volcano.”
The section about the Police’s two albums made there is the best, partly because all three members of the trio are on camera recounting their growing personal differences in the studio. Where other bands grew closer in the cloistered environment, Copeland notes that for them, “it was a paradise which we soon turned into a living hell.” This does point up, though, something that “Under the Volcano” has in its disfavor: Aside from the Police’s swan song and Dire Straits’ “Brothers in Arms,” there weren’t really many enduring-classic albums made there. McCartney’s “Tug of War,” the Rolling Stones’ “Steel Wheels” and Elton’s “Too Low for Zero” may be significant items in their catalogs, but no doubt we’d rather be hearing about the more formidable albums they were making in less scenic climes 10 or 15 years earlier.
One thing director Gracie Otto does exceptionally well is make a case that the AIR studio might have eventually gone down like a dinosaur even without natural disasters hastening its extinction, as the advent of digital recording rendered multi-million dollar consoles less of a necessity and record company budgets began to severely shrink. A facility like AIR was a monument to beauty, but also to bloat. No one would have imagined Nirvana getting off a private jet for a two-week or month-long stay, with windsurfing lessons as part of the deal. But you can see why it felt like nirvana at the time — enough so to be rooting against that hurricane and volcano, regardless of whether the kind of music-biz that sustained an AIR had to evaporate. 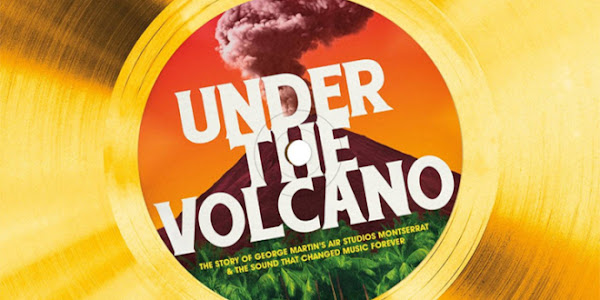