For many Americans, abortion is a political issue. Though many of us may participate in marches, make donations, vote for candidates based solely on their stands on abortion, it remains mostly a theoretical issue.

But for some people, abortion, and the conflict surrounding it, defines their daily life. “12th and Delaware,” a documentary by Oscar nominees Heidi Ewing and Rachel Grady (“Jesus Camp”), offers a glimpse into the literal intersection of those who support legal abortion and those who do not. On one side of the street in Fort Pierce, Fla., A Woman’s World provides abortions. On the other, the Pregnancy Care Center tries to persuade women to carry their pregnancies to term. (In neither place, during the documentary footage anyway, is adoption mentioned as an alternative, which is strange and troubling.)
The close proximity is not accidental — the Pregnancy Care Center bought the house across from A Woman’s World after a chiropractor moved out for the purpose of staging daily protests against their neighbors and providing another path for women seeking abortion — many of the young women mistake the Pregnancy Care Center for the abortion clinic, something the folks running the Pregnancy Care Clinic count on.
Ewing and Grady work hard to provide a balanced portrait of both operations, though more time is spent with the people at the Pregnancy Care Center than those at A Woman’s World because they are the active opposition — an abortion clinic does not need to convince or even advertise much. (The film reveals, in its final frame, that there are, astonishingly, 4,100 centers opposed to abortion and only 816 abortion clinics in the U.S.)
The first half of the film focuses on Anne, a devout Catholic and head of the Pregnancy Care Center, who is on a mission to stop those who are, as she tells volunteers in one training session, selling abortions as if they were cars. The irony of the situation — that she and her volunteers employ “Glengarry Glen Ross” kind of language to attempt to close their deal with young women — is lost on her. She and her colleagues believe they are doing God’s work and so the ends justify the means.
More disturbing is a church scene in which Father Tom Euteneur, a supporter of the center, compares abortion to a blood sacrifice and the abortion-rights movement to a diabolical cult. “There must be demons involved,” he says, which is just the sort of language that makes those physicians who perform abortions do things like cover their heads with sheets as they are driven to A Woman’s World, where they are greeted daily by protesters. And indeed, one of those protesters eventually follows the staff member who picks up and delivers these doctors and stakes out a doctor’s car.
Candace and Arnold, the couple who run A Woman’s World, are, by contrast, far less militant than they are weary and mystified by what they see as the protesters’ interference in the lives of perfect strangers. Candace gets angry only once in the film, when she discovers that the Pregnancy Care Center has underestimated a young woman’s pregnancy — telling her she is at seven weeks when she’s at 10. Candace believes this was done intentionally so the young woman might run out of time to obtain a legal abortion in Florida.
It is certainly valuable to see such an emotionally fraught issue brought down to the nitty gritty of its daily life, and the most troubling aspect of “12th and Delaware” is the ignorance of the young women — one is just 15 — who seem to have little or no understanding of birth control and/or their right to use it. Considering the ease and many methods with which pregnancy can be prevented, the question becomes not just whether women should have the right to choose to have an abortion but why society has failed to help them avoid having to make that unenviable decision in the first place. 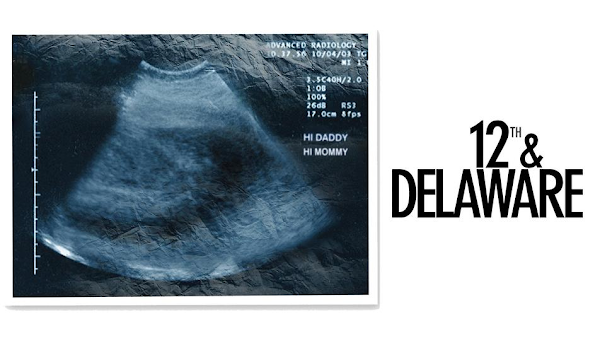